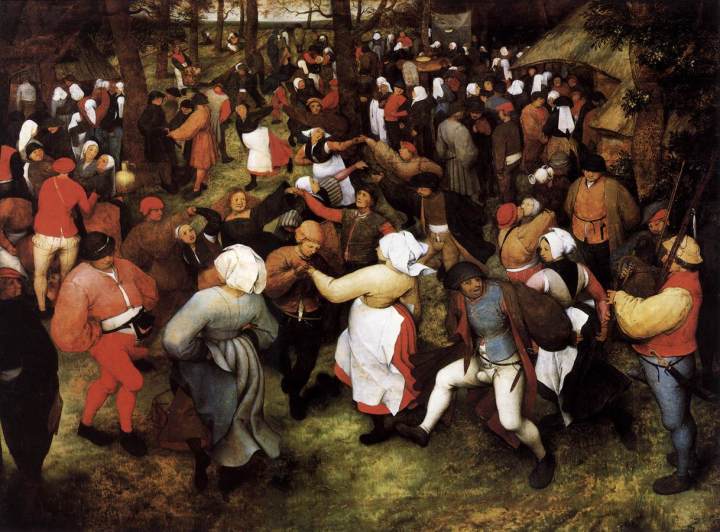 “The antithesis between holiday and workday, or more precisely, the concept of the day of rest, tells us something further about the essence of festivity.  The day of rest is not just a neutral interval inserted as a link in the chain of the workaday life.  It entails a loss of utilitarian profit.  In voluntarily keeping the holiday, men renounce the yield of a day’s labor.  This renunciation has from time immemorial been regarded as an essential element of festivity.  A definite span of usable time is made, as the ancient Romans understood it, “the exclusive property of the gods.”  As the animal for sacrifice was taken from the herd, so a piece of available time was expressly withdrawn from utility.  The day of rest, then, meant not only that no work was done, but also that an offering was being made of the yield of labor.  It is not merely that the time is not gainfully used;  the offering is in the nature of a sacrifice, and therefore the diametric opposite of utility.

“It scarcely need be said that in a world governed by the concept of utility, there can be no time set aside on principle, any more than there can be land set aside on principle.  Anyone who called for it would be accused of “sabotaging work.”  For that very reason the totalitarian laboring society must of necessity be an altogether unfestive society, just as it is marked by scarcity and impoverishment even when there is the greatest abundance of material goods.  Similarly, the man who is limited to absolutely utilitarian activity, to the artes serviles, and who is thus “proletarianized” in that sense, has rightly been called “unfestive.”  On the other hand, voluntary renunciation of the yield of a working day cuts through the principle of calculating utility, and the principle of poverty also.  Even in conditions of extreme material scarcity, the withholding from work, in the midst of a life normally governed by work, creates an area of free surplus.” ~ Josef Pieper, In Tune with the World: A Theory of Festivity

Follow Our Lady of Fatima Mission Chapel on WordPress.com